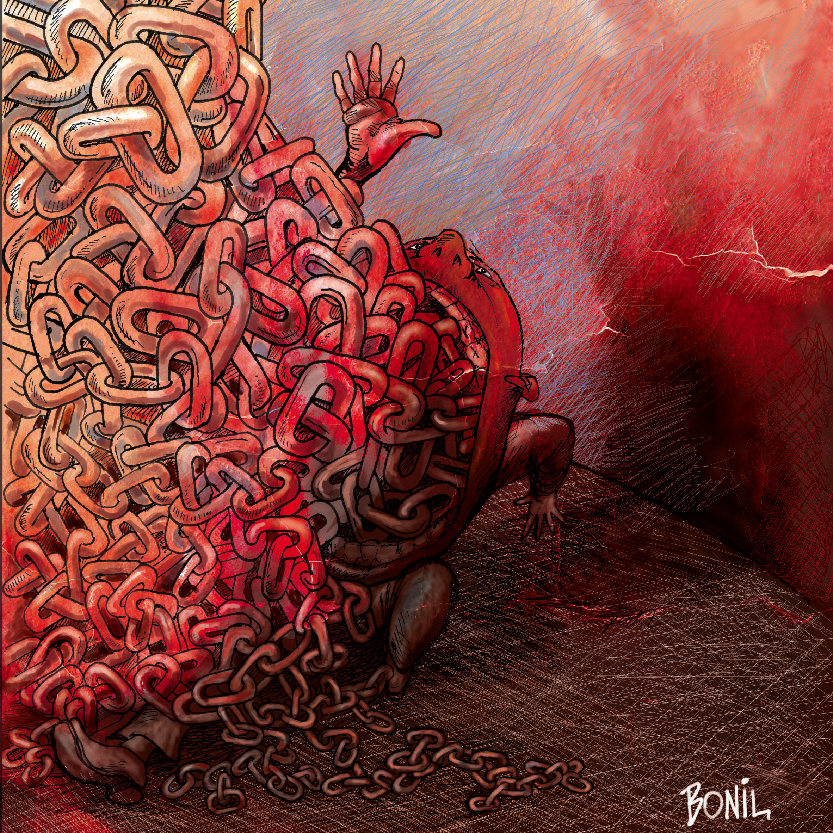 For more than 31 years, Xavier Bonilla (aka Bonil) has contributed to several media outlets, and daily at El Universo, the largest national newspaper in Ecuador. With several books published, he has received rewards from the Inter-American Press Association, World Press Cartoon, the UN and other international organizations. Since 2010, he faces political persecution for his cartoons denouncing Ecuadorian President Rafael Correa’s government failure and corruption. He is a member of “Cartooning for Peace,” and the “CartoonClub.”